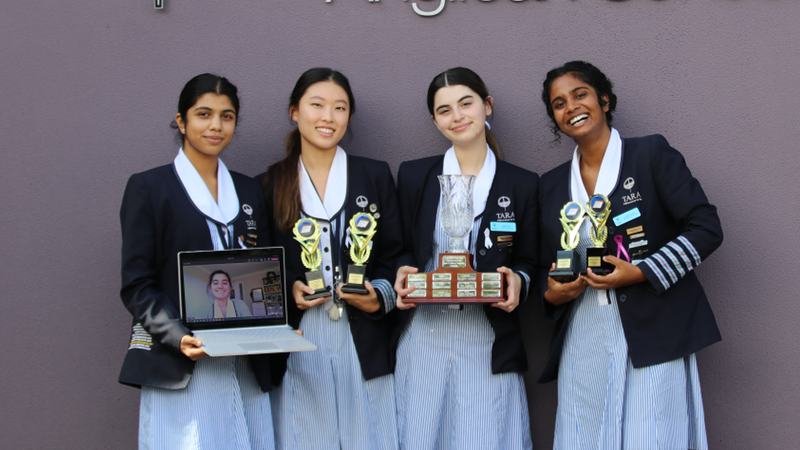 The 18th of February was a big day for the Senior A History Debating Team – Grand Final day. After a 10-month long season filled with postponements, our hard work finally paid off by winning the J.A. Thompson History Debating Grand Final, a title which Tara has now held for the past 3 years!

Our topic for this debate was ‘That the misuse of history motivates its existence’ and it essentially covered many of the points of the History Extension syllabus. We were on the negative side, arguing against the topic. It was a tough theoretical debate with lots of historical examples and historian quotes used to support our case. We versed Roseville College, and while their team had impressive arguments and strong rebuttal, Sienna E, Evelyn J, Jessica D, and myself, with the help of Cherie G, won; all three adjudicators, voting unanimously in our favour.

We’d like to thank all the history teachers who supported us through this extra-long season, and convinced us to keep persisting, without them, this win would not have been possible. An extra special thank you to Mrs Donato for organising the History Debating teams at Tara, as well as being our biggest supporter.

Back to All Stories